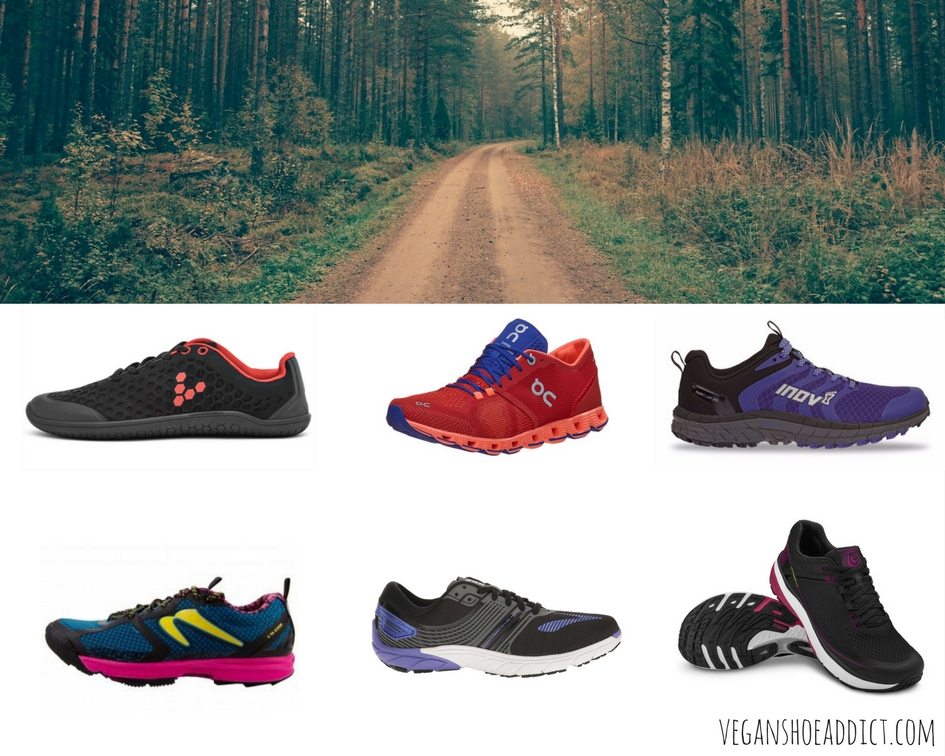 It’s that time of year when everyone’s thinking about getting fit for summer, and nothing beats the winter gets one fitter quicker than running. It’s also a great way to get dosed on happy hormones, which is extra important in winter.

Yes, running, the thing I keep saying I’m going to start doing soon and then don’t. But if you’re armed with a bit more willpower, you will probably enjoy this selection of 100% vegan running shoes, some of which are actually black in colour (all too rare!). These are for women, but all these companies make vegan shoes for guys, too. I tried to go with some less obvious picks to introduce you to some new vegan (and mostly vegan) companies. Full disclosure: I’m not a running expert. I mostly chose these shoes because they look cool, are vegan and the blurb sounds legit. Ultimately no shoe is going to be suitable for every person anyway. 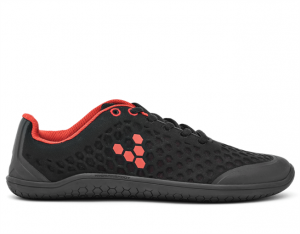 Minimalist, light and super cute, these are apparently designed for long-distance urban running. These have quite thin soles so are maybe not the best for absolute beginner runners heading onto the pavement, but are apparently perfect for running at the gym and when your body’s better adjusted to regular running. They also squish really small so you can take them anywhere with you and are free from animal-derived glues, too. 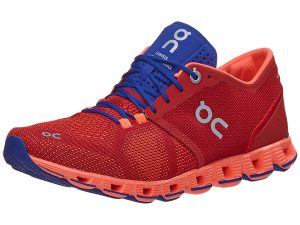 Made by a Swiss company whose shoes are apparently all 100% vegan, these are designed for running, HIIT and gym workouts. There’s some very convincing blurb on the site and this company is apparently quite well known in the vegan running circles. I just really like the way these look, though. 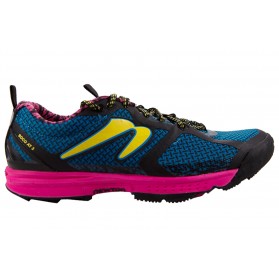 I chose a symbolic picture of a beautiful trail for the header image, so here’s a bright trail running shoe from this 100% vegan Colorado company. Of all their shoes, these are actually among the least bright. They do make road shoes as well, for both men and women. 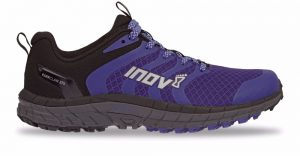 I recently contacted Inov-8 to ask which of their shoes are vegan, and turns out they all are, plus their product director and apparel designer are vegan, too! This Parkclaw shoe is a hybrid road / trail running shoe for those who are making the transition or want something that will perform well on both. It’s good to have options. Get them here. 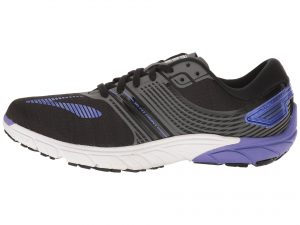 Apparently all of the Brooks running shoes are vegan. The only shoes in their entire range that are not are their walking shoes. These are lightweight road running shoes with light support, so probably better for people with some running experience. 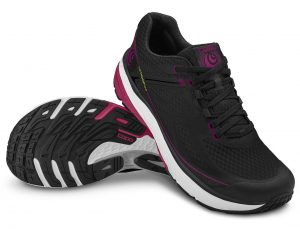 Another 100% vegan shoe company, Topo have a whole range of running and gym shoes for men and women. These particular ones, apart from having a cool name and being mostly black (yay!) have also won the Runner’s World Debut award. They have light support, but quite a bit of cushioning and are designed for road running.

Asics do plenty of vegan styles. I am pretty sure they generally use synthetic glue, plus they are readily available pretty much anywhere. You can usually find some good deals on their clearance site.

New Balance are everywhere and do many leather-free shoes, but make no guarantee as to what glue they use (I assume it depends on what deal they got). Still, it’s a well known brand that many people like the feel of, so can be a good option if you’re looking for something visibly non-leather that’s reasonably priced, comfortable and available.