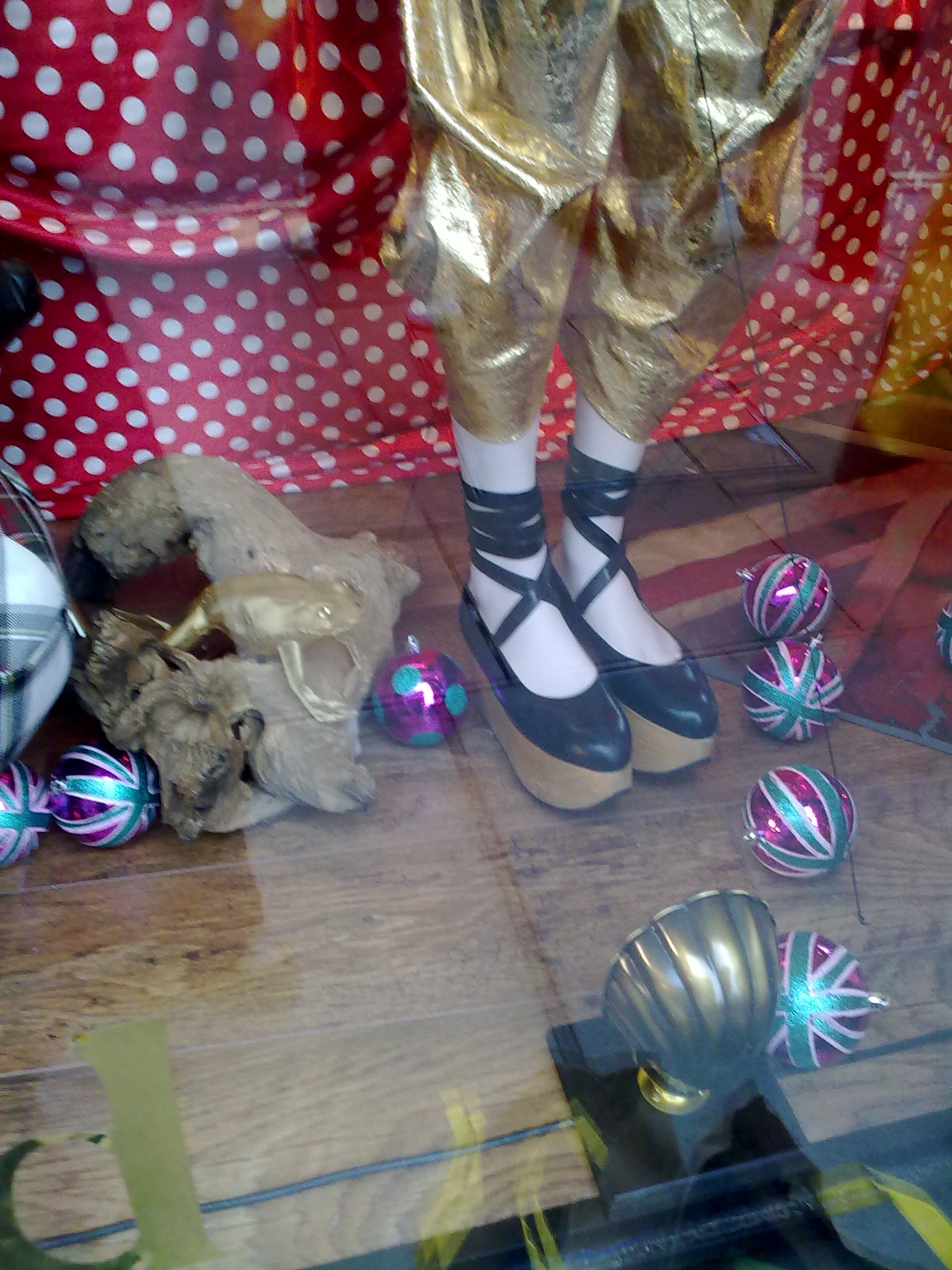 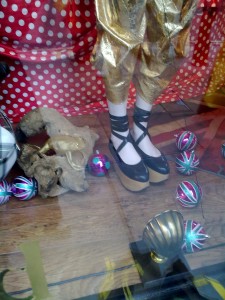 Here’s a trip down memory lane to warm you up on a cold winter’s day. Remember these?

I was walking past Selfridges today and they had a Vivienne Westwood window display. Obviously, I was checking out the funky footwear and caught a glimpse of these famous rocking horse shoes (as seen here worn by a plastic man).

You may remember these from the time when Naomi Campbell fell over wearing them in 1993. 1993? why that must mean they’re vintage 90s! (don’t mind me, I’m still getting over the fact that 80s stuff is considered retro / vintage now!)

Anyway, these are obviously not vegan – they’re very much leather, as you’d expect from most high fashion designer shoes.

But my encounter with these has jogged my memory and reminded me
I have seen a vegan version (read: cheap knock off) of this iconic shoe floating around on eBay. Sadly, the vegan version is not only made with faux leather but also with faux wood (it seems to be an either or situation for some bizarre reason).

Still, the shoes are vegan so now you too could look like a manga character, or maybe even fall over!

There’s a whole bunch of different styles available from eBay. This style is huge in Japan sothe vast majority of the the current rocking horse shoes come from Japan and Hong Kong.

And now for even happier news! The window display also contained a couple of Westwood’s creations for Melissa Shoes, so you can rejoyce, knowing you can actually wear a genuine current fashion trend (bonafide, honest to god Vivienne Westwood shoes) without having to resort to a cheap fake! 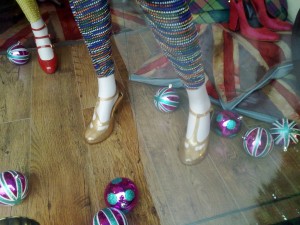