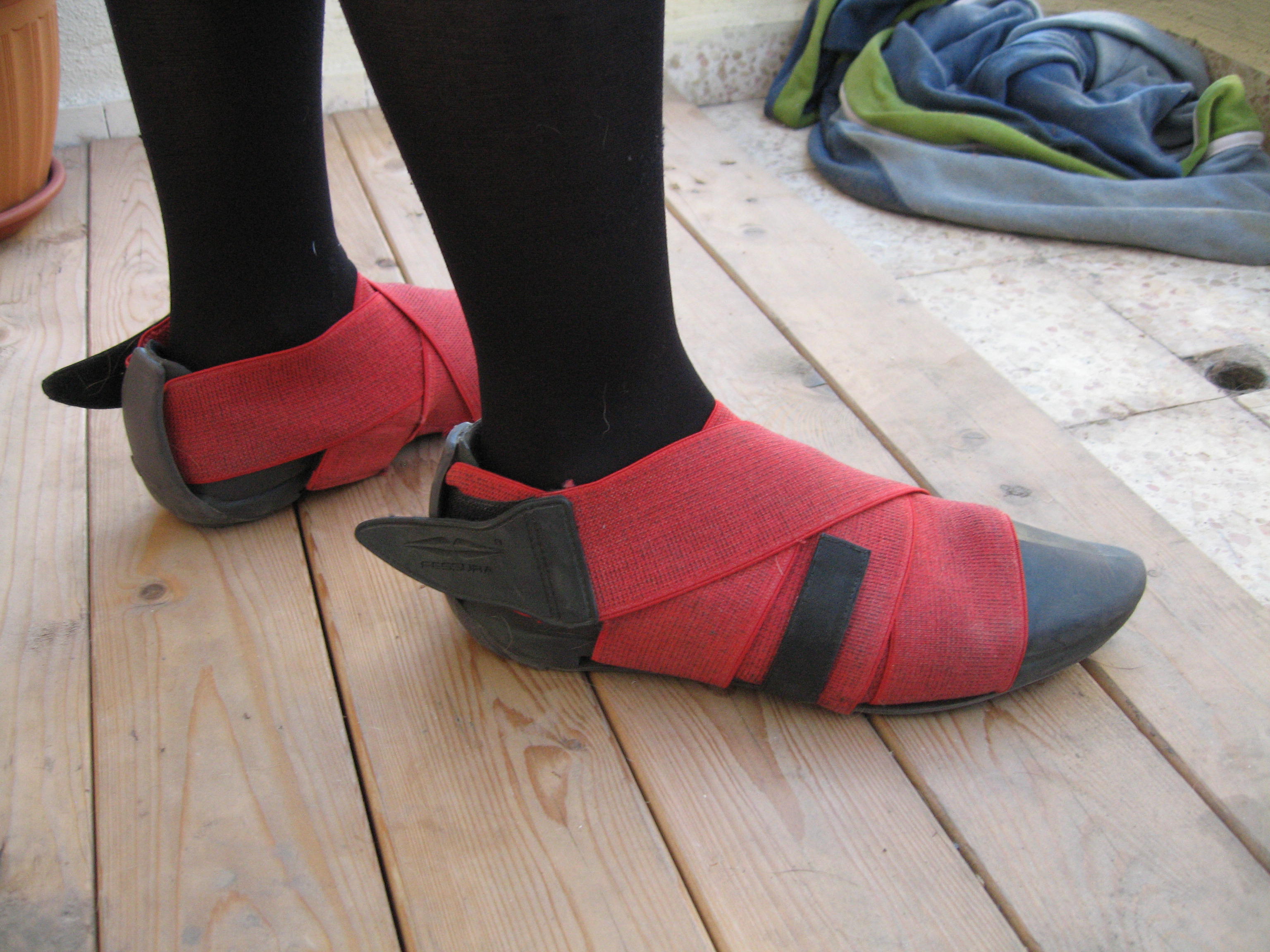 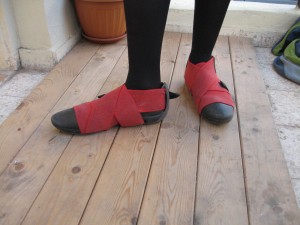 OK, these aren’t actually mine. They belong to my friend, who was kind enough to model them for me.

These are by Italian label, Fessura (beware of somewhat shitty website that plays loud music at you and takes forever to actually show you any shoes) who seem to have a good range of vegan shoes among their flock.

These shoes are, as often is the case in this blog, of the “love em or hate em” ilk. As my friend says, “people either love them or think they look like a plaster cast”.

They are incredibly comfortable, hard wearing and can be worn in several different styles, as the elastic strapping is very versatile and can be changed around or removed altogether (although that just makes the shoes look like simple black pumps so isn’t nearly as exciting).

They make fine casual every day shoes, as they are comfortable and can be worn in any situation where you’d normally wear trainers (only obviously they are somewhat more unusual and exciting).

So where do you get them from? Well, they are called Fessura Shell Band, so happy hunting. My own googling efforts have only brought up some Japanese sites selling them (at least I think that’s what they’re doing) and an Italian website that used to sell them.

Not much help, I know, but at least now you know about the brand itself, which is good, as they do make quite a few other vegan shoes…